In every cell in the human body there is a nucleus, where genetic material is stored in genes. Genes carry the codes responsible for all of our inherited traits and are grouped along rod-like structures called chromosomes. Typically, the nucleus of each cell contains 23 pairs of chromosomes, half of which are inherited from each parent. Down syndrome occurs when an individual has a full or partial extra copy of chromosome 21. 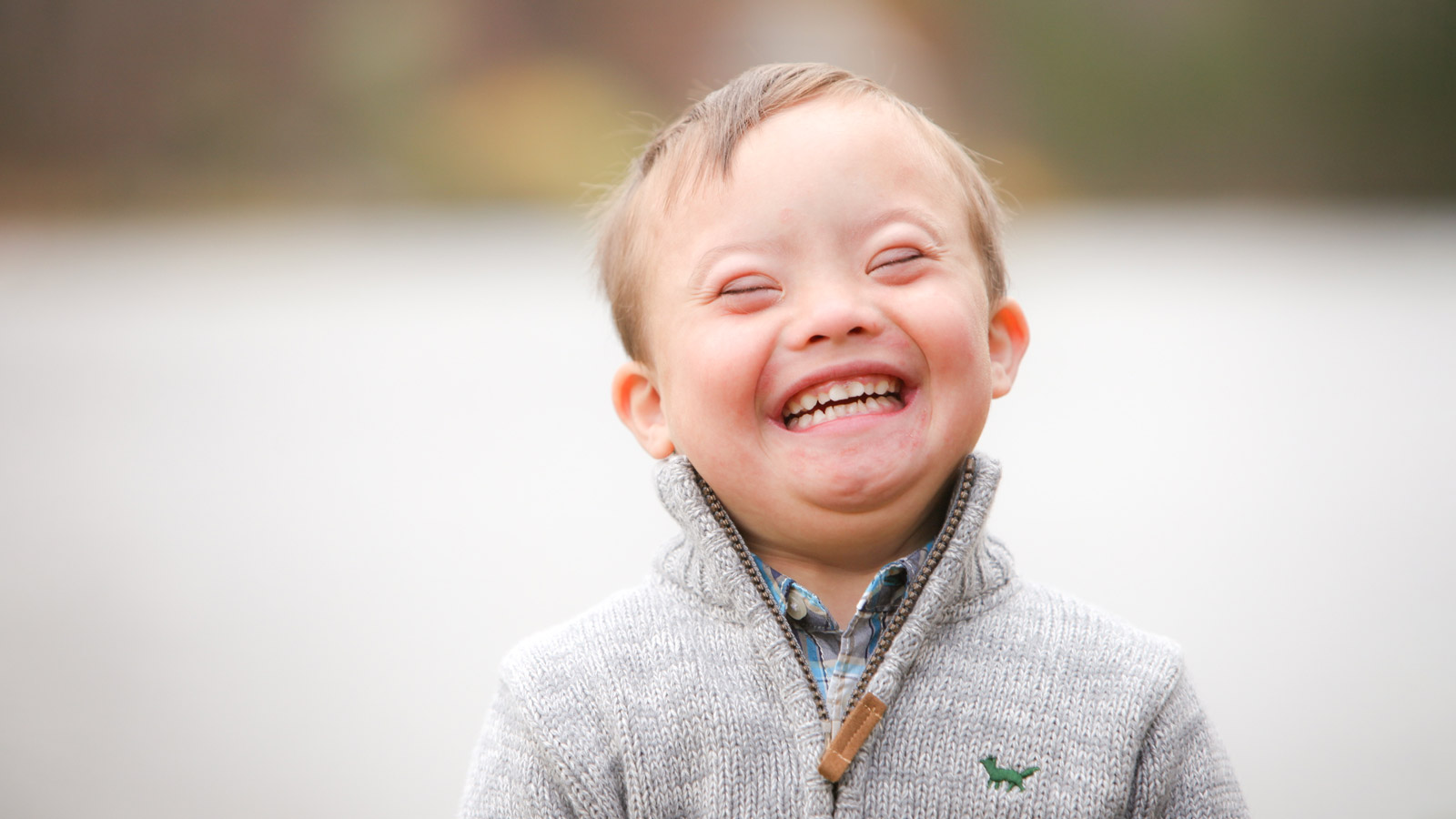 How common is Down syndrome?

When was Down syndrome discovered?

For centuries, people with Down syndrome have been alluded to in art, literature, and science. It wasn’t until the late nineteenth century, however, that John Langdon Down, an English physician, published an accurate description of a person with Down syndrome. It was this scholarly work, published in 1866, that earned Down the recognition as the “father” of the syndrome. Although other people had previously recognized the characteristics of the syndrome, it was Down who described the condition as a distinct and separate entity.

Are there different types of Down syndrome?

Down syndrome is usually caused by an error in cell division called “nondisjunction.” Nondisjunction results in an embryo with three copies of chromosome 21 instead of the usual two. Prior to or at conception, a pair of 21st chromosomes in either the sperm or the egg fails to separate. As the embryo develops, the extra chromosome is replicated in every cell of the body. This type of Down syndrome, which accounts for 95% of cases, is called trisomy 21. 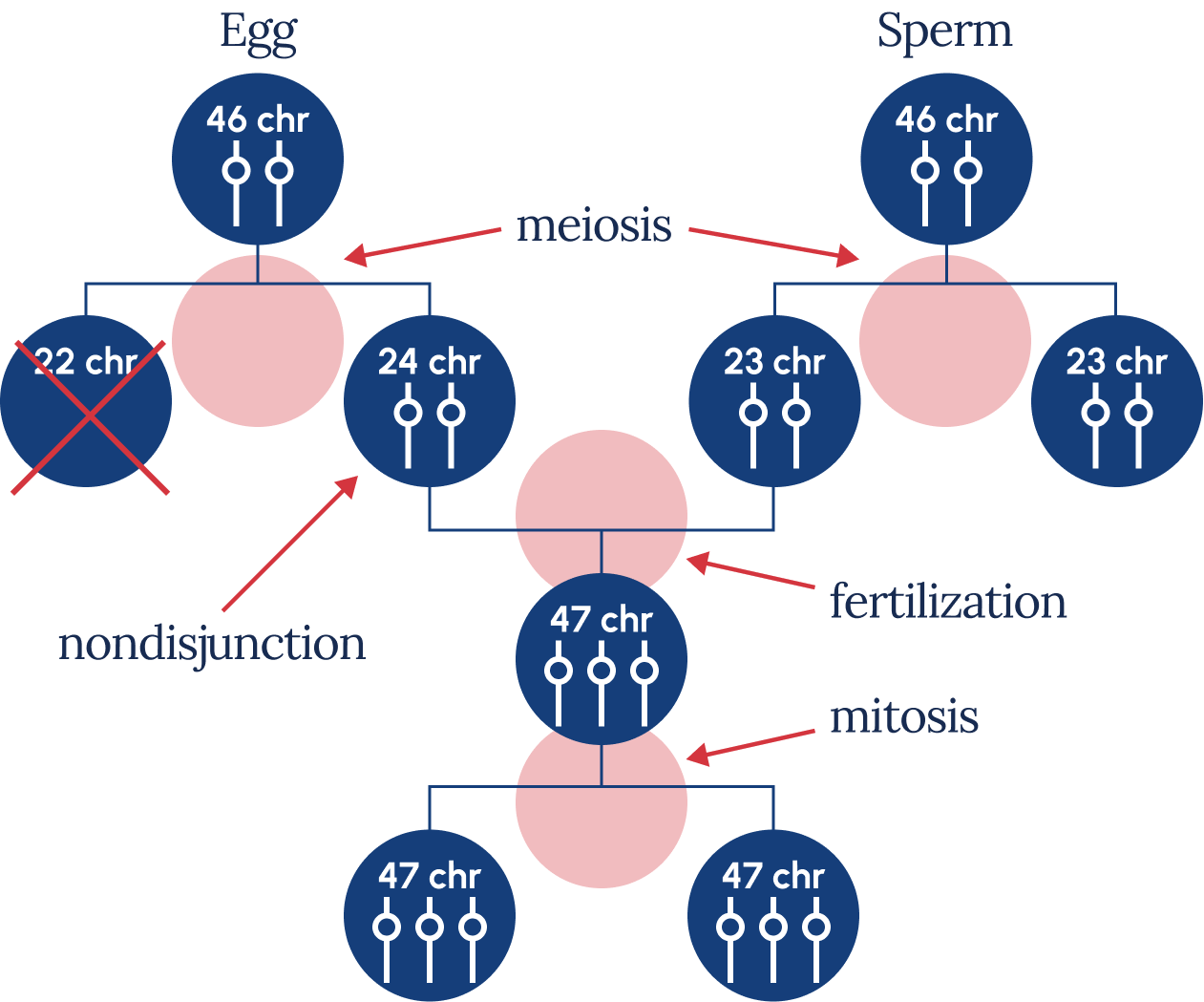 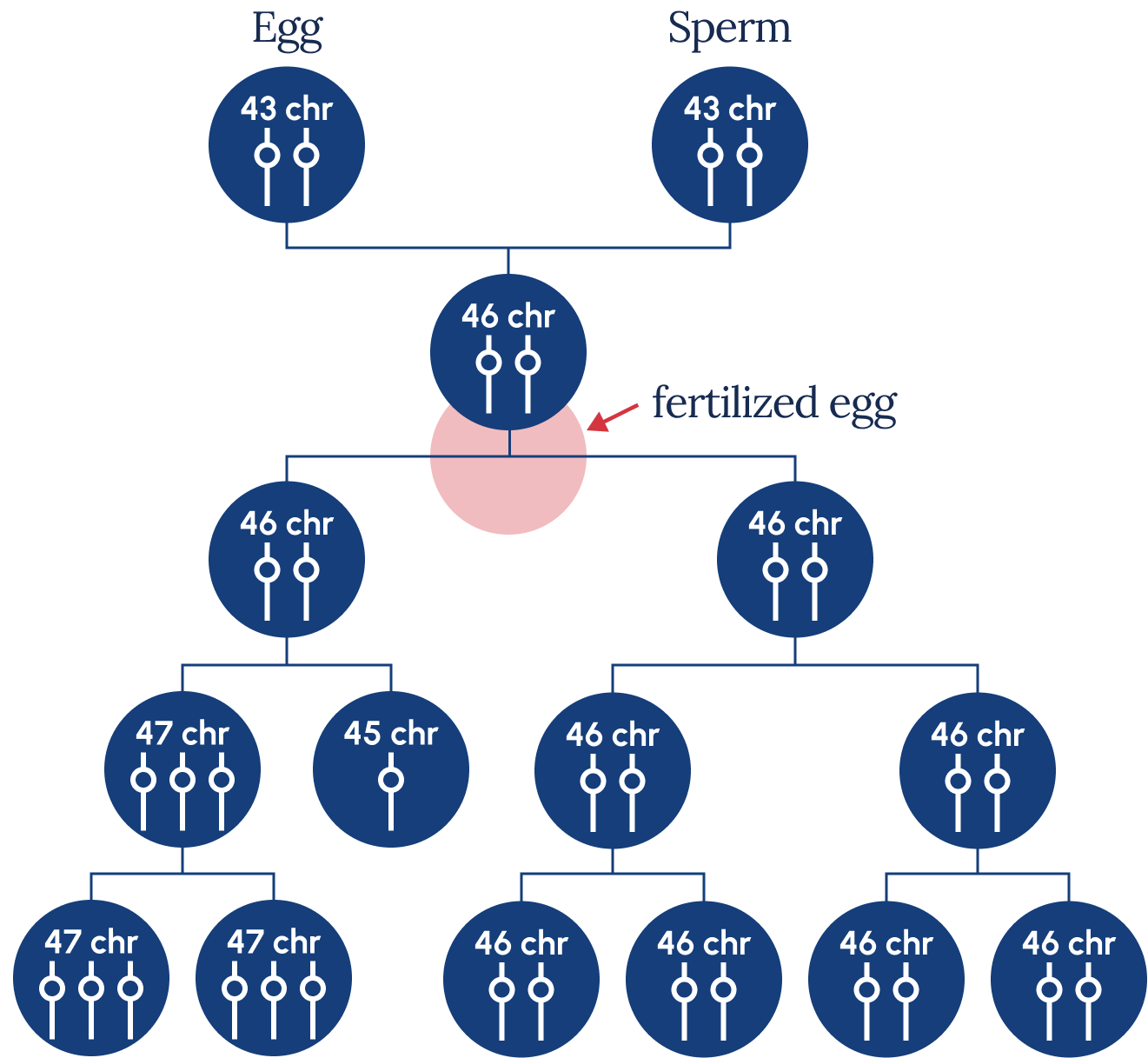 What causes Down syndrome?

Regardless of the type of Down syndrome a person may have, all people with Down syndrome have an extra, critical portion of chromosome 21 present in all or some of their cells.

The cause of the extra full or partial chromosome is still unknown. Maternal age is the only factor that has been linked to an increased chance of having a baby with Down syndrome resulting from nondisjunction or mosaicism. However, due to higher birth rates in younger women, 51% of children with Down syndrome are born to women under 35 years of age. (De Graaf et al., 2022).

There is no definitive scientific research that indicates that Down syndrome is caused by environmental factors or the parents’ activities before or during pregnancy.

The additional partial or full copy of the 21st chromosome which causes Down syndrome can originate from either the father or the mother. Approximately 5% of the cases have been traced to the father.

A Promising Future Together

This booklet includes sections on healthy starts, early intervention therapies, how to find support and care for your family, and what the future holds for your child. 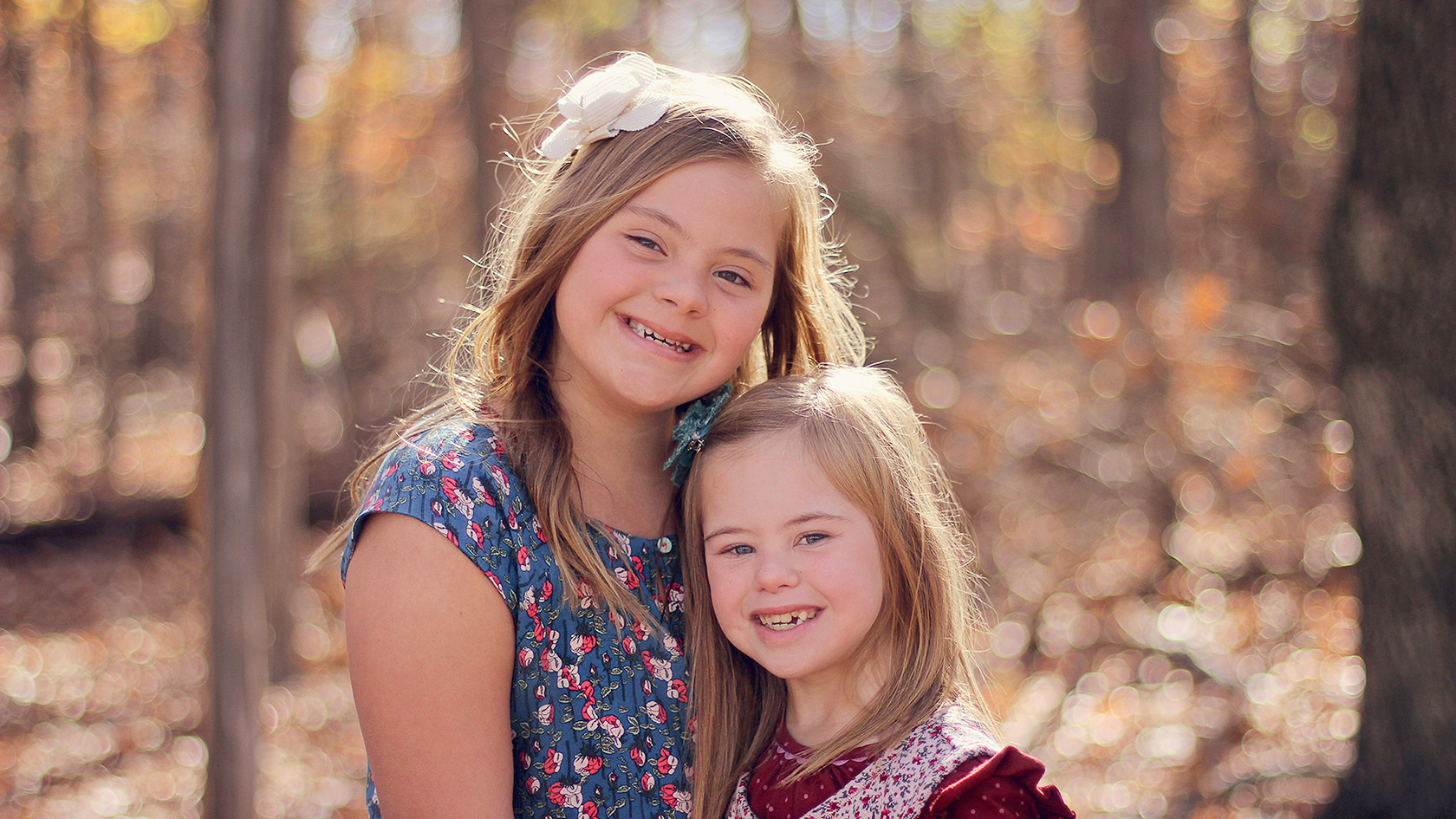 What is the likelihood of having a child with Down syndrome?

Down syndrome occurs in people of all races and economic levels, though older women have an increased chance of having a child with Down syndrome. A 35 year old woman has about a one in 350 chance of conceiving a child with Down syndrome, and this chance increases gradually to 1 in 100 by age 40. At age 45 the incidence becomes approximately 1 in 30. The age of the mother does not seem to be linked to the risk of translocation.

Since many couples are postponing parenting until later in life, the incidence of Down syndrome conceptions is expected to increase. Therefore, genetic counseling for parents is becoming increasingly important. Still, many physicians are not fully informed about advising their patients about the incidences of Down syndrome, advancements in diagnosis, and the protocols for care and treatment of babies born with Down syndrome.

Does Down syndrome run in families?

The age of the mother does not seem to be linked to the risk of translocation. Most cases are sporadic – chance – events. However, in about one-third of cases, one parent is a carrier of a translocated chromosome.

What is the likelihood of having a second child with Down syndrome?

How is Down syndrome diagnosed?

There are two categories of tests for Down syndrome that can be performed before a baby is born: screening tests and diagnostic tests. Prenatal screens estimate the chance of the fetus having Down syndrome. These tests do not tell you for sure whether your fetus has Down syndrome; they only provide a probability. Diagnostic tests, on the other hand, can provide a definitive diagnosis with almost 100% accuracy.

There is an extensive menu of prenatal screening tests now available for pregnant women. Most screening tests involve a blood test and an ultrasound (sonogram). The blood tests (or serum screening tests) measure quantities of various substances in the blood of the mother. Together with a woman’s age, these are used to estimate her chance of having a child with Down syndrome. These blood tests are often performed in conjunction with a detailed sonogram to check for “markers” (characteristics that some researchers feel may have a significant association with Down syndrome). New advanced prenatal screens are now able to detect chromosomal material from the fetus that is circulating in the maternal blood. These tests are not invasive (like the diagnostic tests below), but they provide a high accuracy rate. Still, all of these screens will not definitively diagnose Down syndrome. Prenatal screening and diagnostic tests are now routinely offered to women of all ages.

The diagnostic procedures available for prenatal diagnosis of Down syndrome are chorionic villus sampling (CVS) and amniocentesis. These procedures, which carry up to a 1% risk of causing a spontaneous termination (miscarriage), are nearly 100% accurate in diagnosing Down syndrome. Amniocentesis is usually performed in the second trimester between 15 and 20 weeks of gestation, CVS in the first trimester between 11 and 14 weeks (Chrionic villus sampling, 2020).

Down syndrome is usually identified at birth by the presence of certain physical traits: low muscle tone, a single deep crease across the palm of the hand, a slightly flattened facial profile, and an upward slant to the eyes. Because these features may be present in babies without Down syndrome, a chromosomal analysis called a karyotype is done to confirm the diagnosis. To obtain a karyotype, doctors draw a blood sample to examine the baby’s cells. They photograph the chromosomes and then group them by size, number, and shape. By examining the karyotype, doctors can diagnose Down syndrome. Another genetic test called fluorescence in situ hybridization (FISH) can confirm a diagnosis in a shorter amount of time by visualizing and mapping the genetic material in an individual's cells. 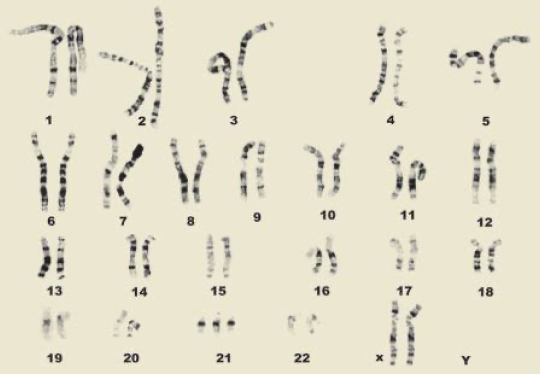 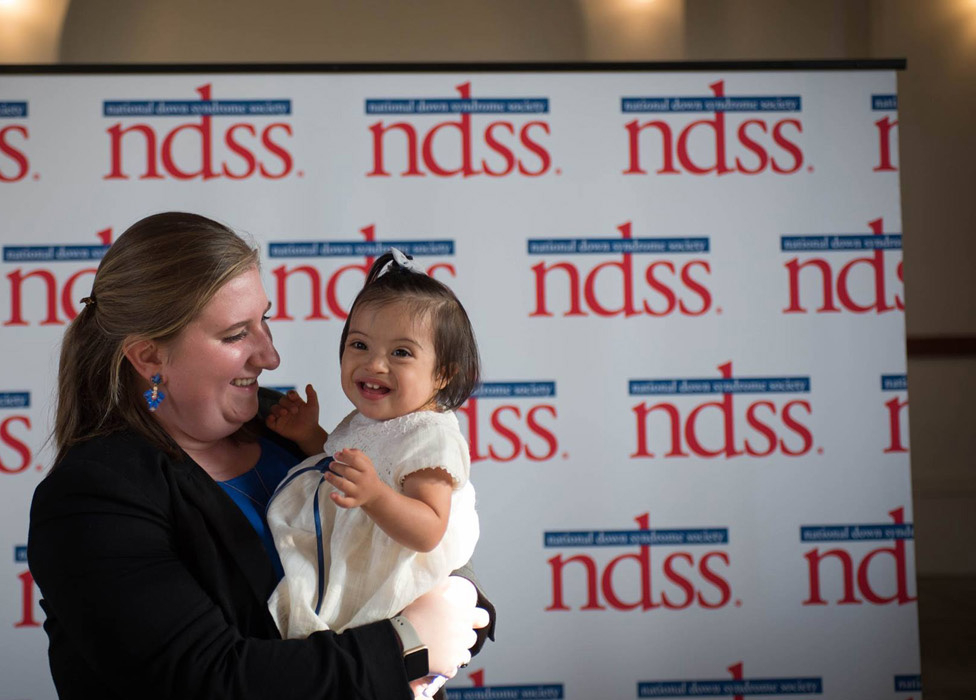 What impact does Down syndrome have on society?

Downloadable versions of the Preferred Language Guide are available to print and distribute.

de Graaf G, Buckley F, Skotko B. People living with Down syndrome in the USA: BIRTHS AND POPULATION. May 2022. https://go.dselink.net/us-population-factsheet.